The Art of Burning

An inspired new comedy exploring the love, rage, and responsibility that go with marriage and parenting in America.

Mid-negotiation, modernist painter Patricia changes the terms of her ‘conscious uncoupling’ with Jason. She wants full custody of their 15-year-old daughter Beth. Jason demands that their daughter decide, but mysteriously Beth didn’t show up for school. Has Patricia hidden her away to protect her, or is there something more sinister afoot?

Shakespeare’s back at Hartford Stage!
An awe-filled fable of fury and forgiveness.

King Leontes, his pregnant wife Hermione, and their young son seem like a perfect royal family — until he’s consumed by the fear his wife has been unfaithful. In a fit of tyrannical rage, he makes dire accusations that destroy all that is precious to him. Sixteen years later a new generation has emerged, and in this time-hopping romance, the idealism of the young and the regrets of the old collide. Shakespeare’s mastery of storytelling is on full display, reminding us that even after a harsh winter, spring will return, if we have faith in each other and ourselves.

This dramatic satire tracks the nuanced, simmering tension between the artists of a biracial company working on a Broadway-bound premiere. As they rehearse, questions about the play emerge, igniting an impassioned debate about race, power, the roles we play on stage, and the roles we play in life. In this timely revival, the theater becomes an arena wherein we explore how — and why — we use our voices.

Based on the story “The Greatest Gift” by Philip Van Doren Stern from the screenplay by Frances Goodrich, Albert Hackett, Frank Capra and Jo Swerling

Bring the whole family to this heartwarming holiday classic!

Five actors and one sound effects artist have assembled on Christmas Eve to guide audiences through the world of George Bailey and Bedford Falls, live from the studio at WBFR. The spirit of imagination takes hold as we’re launched on a transformational journey on stage. Join us this winter to experience a magical adaptation of a beloved story.

Have Questions? We Have Answers!

Where are the box office hours posted online?

Tell me about parking!

There is a new $7 CASH ONLY parking price and new parking procedures at the MAT Garage directly adjacent to Hartford Stage. These new plans will help smooth the process of parking for Hartford Stage performances and reduce the time it takes to exit the garage. Additionally, parking is free on the street after 6:00pm and also on weekends, unless the city of Hartford has posted otherwise. Most of our patrons park in the MAT Garage next door to the theatre. This garage is owned by the Hartford Parking Authority, not Hartford Stage.

Where can I find information on directions & parking online?

Where can I see the seating chart?

Under "Plan Your Visit", click "Seating Chart". You can even click on each section of the theatre and see a picture of the view from that section!  A link is also available under the main "Plan Your Visit" menu below the web site logo.

Scroll to the bottom of the website and click "Contact Us", and send us your message! Also, feel free to e-mail questions to boxoffice@hartfordstage.org. You may also call us at 860-527-5151 but call volume varies and you may spend time on hold.

All ticket sales are final. However, in certain cases if you do need to exchange your tickets to another performance date of the same show, it is $10/ticket plus any difference in ticket price. Subscribers never pay fees to exchange their tickets, unless they miss their show. The only exception is Preview Week subscribers, who pay $10/ticket to move from Preview performances to the Regular run. To request a ticket exchange please fill out the online form or call the box office at 860-527-5151.

What happens if it snows? Do you ever cancel performances? How would I know if a performance has been cancelled?

Although we seldom cancel performances, it does sometimes happen in extreme circumstances. If a performance is cancelled, the box office will reach out to each patron booked into the performance via phone and/or e-mail and offer alternative options. We will also always post cancellations on our website and social media. If you cannot make a performance due to a weather related issue, you can always call the box office and we will do our best to accommodate you.

Do you have a dress code?

There is no particular dress code, but most of our patrons dress “business casual” to come to performances. 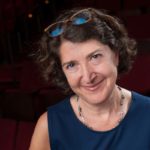 “The 22/23 Season promises to be utterly engaging, enjoyable, and electric. We’re thrilled to be continuing Hartford Stage’s trajectory of excellence and engagement, and adding a few surprises to the mix as well. I’m looking forward to sharing all of it with you!”
—Melia Bensussen, Artistic Director

3 Play Packages are available in all price levels.

Subscribe today to all 5 plays and save off the single ticket price! 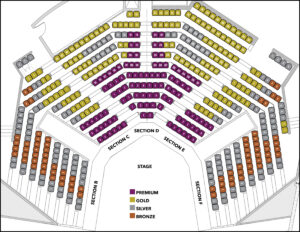 *Subscriptions do not include It's a Wonderful Life: A Live Radio Play

As we reopen, the health and safety of our audience, cast and staff will be top priority. We will continue to monitor recommendations from officials over the next few months and additional information will be available as we get closer to our first performance. Learn more about our COVID-19 requirements and guidelines here

Can’t make your performance date? Don’t worry! Subscribers can exchange tickets to any other performance of the same show. Seating upgrade fees may apply based on performance date and time. Call the Box Office if you have any questions.

The Winter’s Tale is made possible by The Shakespeare Fund. Not only is Shakespeare the most renowned and popular English language playwright in the world, he also has been the bestselling playwright at Hartford Stage.  Producing Shakespeare is a key priority for rebuilding our audiences, re-launching our student matinee series, and showcasing the vision and artistry of our artists. However, the work of Shakespeare is expensive. The Shakespeare fund, dedicated to supporting this work, will ensure its place on our stage for this season, and thereafter. Founding members are Rick & Beth Costello, Jack & Donna Sennott, and The John & Kelly Hartman Foundation. Anyone interested in joining this endeavor should contact Jennifer Levine at 860-520-7249 or jlevine@hartfordstage.org

Use your subscriber card for discounts at these locations: