A Conversation with Emily Mann: Director/Adaptor 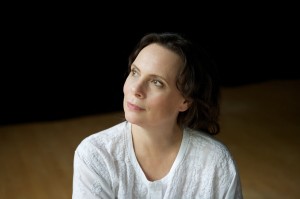 Q: The book of Having Our Say is filled with wonderful anecdotes and stories about the Delany sisters’ lives. Did you find it difficult to pick and choose which sections you would include in the stage version?

A: It was a very painful process. When I first started, it must have been about five or six hours long. There was so much I wanted to include, and I knew it could only be a third as long as it was. So it was a constant battle of distilling and cutting and shaping to find the essential form.

Q: Were there certain elements you felt were important to include?

A: Oh, absolutely. There are a number of very important elements. One of course is the whole question about tracing African-American history through the lives of the sisters and the memories of their parents so that you get a very long sweep of personal history. Secondly, we’re looking at American women facing the barriers of discrimination against women. These are women whose father was born a slave, and then they become some of the first educated women, black or white, in this country. They went on to become often the first in their fields to do what they were doing. They were facing both the racial and the gender obstacles. That was something I wanted to make sure was in there loud and clear because it was a part of their daily lives. Then in terms of sticking with the social and political level, I wanted to include their memories of their parents. So we go back on their mother’s side to the War of 1812.

We tend to have very unsophisticated and almost clichéd visions and images of what slavery days were about. The Delany sisters break these preconceived ideas. They challenge all of us to listen again from a very unique perspective about what happened. And because they were particularly fortunate, it puts into high relief the devastating effects that slavery and Emancipation had on other families. The Delany family had the opportunity before Emancipation to be educated—that was a big advantage. Also, their family was together. They hadn’t been abused. Those things allowed them to go quickly into the professional classes. There were many intelligent and ambitious men and women who had three strikes against them when they started.

Reconstruction was an exciting time. Jim Crow destroyed the opportunities presented during those years just after the end of the Civil War. The Delany’s experience both the excitement and “the day everything changed” (the misery of Jim Crown).

Beyond the political and the social, I just cared so much about them—humanly and spiritually. In so many ways, these women really tell us how to live. They’ve lived so well. They know how to love. This is a partnership of over a hundred years. It demonstrates a real lesson on how to live with somebody—whether it’s your best friend or your spouse or your sister or brother.

Q: As part of your research for this production, you had a wonderful opportunity to meet with the Delany sisters. How did they come across to you?

I guess when I first met them what was most striking was I had never met anyone quite so old, and they were ancient women. But after speaking with them for, I would say, ten minutes, the age melted away. They were so young. They were so present, and so alive, and just looking into their eyes was not just an experience of great wisdom and experience, but so much light! They have memories better than mine, which I guess is not hard, but they remember everything perfectly! Their sense of detail is extraordinary. Their sense of humor—I mean, I’m sure that’s why they’ve lived so long. They laughed more in the hour we were with them than most of us laugh in a week. And they clearly adored each other, and that was a wonderful thing to see. And their dynamic with Amy [Hill Hearth, who wrote the book with them] was also marvelous. There’s a great deal of care and respect there.